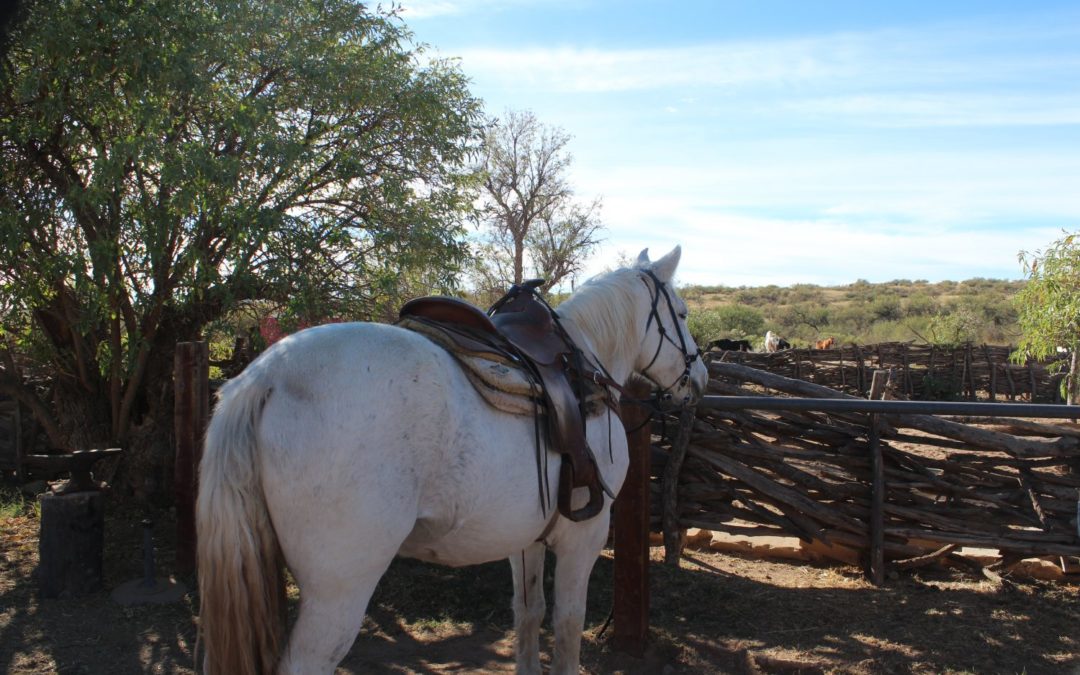 As winter settles in, it’s time to start looking for quick, warm-weather getaways. With multiple daily nonstop flights from Denver, Arizona is an easy option, and Coloradans make up almost one-tenth of the state’s domestic visitors. Most of us head straight for the Phoenix area’s resort scene, but venture farther south and you’ll find those same mild temperatures alongside otherworldly landscapes, hyper-local culinary treats and guest ranches that mix cowboy culture with outdoor adventure.

So whether you’re looking to spend a week (or more) on the road or just need a quick escape, here are five of our favorite reasons to head to southern Arizona ASAP.

1. Mountains jut from the desert

The Madrean Archipelago — a cluster of dozens of “Sky Islands” — stretches across northern Mexico and into New Mexico and southeastern Arizona. Like many of their water-based counterparts, these mountains that rise directly from desert or grassland “seas” constitute major biodiversity hotspots. More than 7,000 species of plants and animals inhabit the ranges, including the endangered Chiricahua leopard frog; an array of rare lilies and orchids; and subtropical creatures such as jaguars and coatis.

Just two hours east of Tucson, the Chiricahua Mountains rise more than 9,700 feet and are best known for the volcanic tuff hoodoos protected by Chiricahua National Monument. Weave your way among the forests of rock towers or venture into the 87,700-acre Chiricahua Wilderness for miles of cycling, horseback and hiking trails. 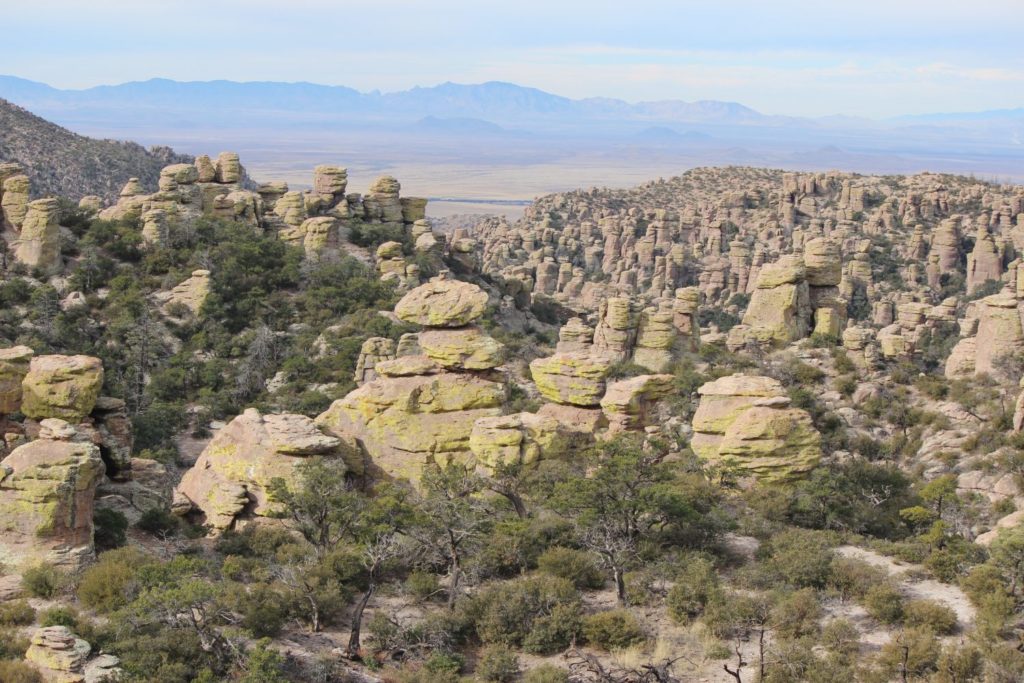 The rhyolite tuff hoodoos of Chiricahua National Monument were formed over millions of years, the result of volcanic eruptions, uplifts and eventually erosion, as water has penetrated cracks to dissolve minerals and wash away soft parts of the rock. The Chiricahua Apache called the area “The Land of Standing-Up Rocks.” (Stacey McKenna, Special to The Denver Post)

We don’t tend to think of Arizona as fertile, but look closely at the Sonoran Desert and you’ll find diverse and abundant plant life that supported the region’s Native American tribes for millennia. In 2015, Tucson was named the United States’ first UNESCO City of Gastronomy in recognition of its rich agricultural history and the modern-day chefs who are sourcing heirloom and indigenous ingredients.

Restaurants all over town are incorporating hyper-local foods into their dishes, from mesquite pancakes and tepary bean veggie burgers at Coyote Pause Cafe to nopales (cactus pad) tacos at Penca Restaurante. Barrio Bread makes indulgence-worthy loaves with grains — such as White Sonoran and Red Fife — that have been growing in the area for hundreds of years.

With average highs in the 70s and lows in the 40s between January and March, the Sonoran Desert’s mild winter temperatures offer the perfect relief if you already miss s’mores and sleeping under the stars.

Saguaro National Park, just outside of Tucson, and Organ Pipe Cactus National Monument, two hours to the west, are full of the Sonoran Desert’s most iconic flora and fauna. By day, hike among towering cacti — the saguaro grows as tall as 40 feet — while watching for skittering (sometimes slithering) reptiles, and keep your eyes peeled for wildflowers, which can start blooming as early as February. By night, pitch your tent in a designated campground or, with a permit, in the backcountry.

4. The wine scene is on the rise

People have been growing grapes in Arizona for at least 300 years, and making commercial wines for about 40. Today, the state has more than 80 bonded wineries and two designated American Viticultural Areas — Sonoita, established in 1984, and Willcox, established in 2014 — both outside of Tucson.

Butting up against the volcanic foothills of the Chiricahua Mountains, the Willcox AVA grows 74 percent of Arizona’s wine grapes and local winemakers are working with popular and lesser-known grapes, from sauvignon blanc to viognier and montepulciano. Stop into Aridus Wine Co.’s Willcox tasting room next to Historic Railroad Avenue Park for a tipple and a tour. Visit Coronado Vineyards at 4,000 feet and watch for local vintages on restaurant wine lists.

5. Dude ranches are getting adventurous 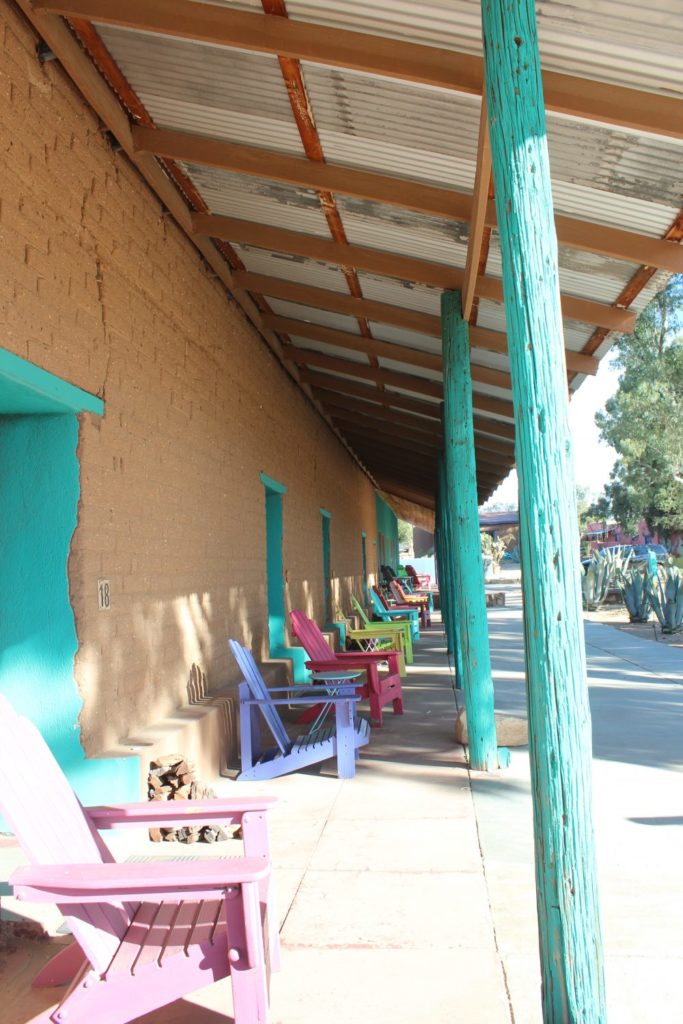 The 18 guest rooms at Sasabe’s historic Rancho de la Osa are housed in a colorful adobe, and share a porch facing the hacienda’s cactus-filled courtyard. (Stacey McKenna, Special to The Denver Post)

Gone are the days when guest ranches were only for equestrians, aspiring cowherds or Billy Crystal (think “City Slickers”) fans. Of course, you can still saddle up in southern Arizona, but these days there are more options for folks who want the comfort and convenience of a resort with an adventurous twist.

In the tiny town of Sasabe, Rancho de la Osa is the place to get a true hacienda experience and a dose of history: John Wayne stayed whenever he was filming in the area, Eleanor Roosevelt had her own room and Poncho Villa tried to make the property his own during the Mexican Revolution. You can still listen to cowboy poetry and ride horseback along the U.S.-Mexico border, but you can also try sport shooting, cycle through the desert on electric fat-tire bikes or hike in nearby Buenos Aires National Wildlife Refuge.

Planning to check out remote Organ Pipe Cactus National Monument but don’t want to bring your tent? Based in nearby Ajo, the Sonoran Desert Inn and Conference Center features cool rooms in a converted historic school and is home to a thriving artist residency.

Set on the road between Willcox and Chiricahua, Dos Cabezas Retreat Bed & Breakfast offers quiet rooms in a late 1800s adobe. If you’d rather be close to town for all that wine tasting, Willcox has a handful of hotels and motels, including a comfortable Holiday Inn Express Hotel & Suites.

For more urban adventures, stay at the center of it all at Tucson’s Hotel Congress or indulge in an elegant desert escape without leaving the city at Hacienda del Sol.