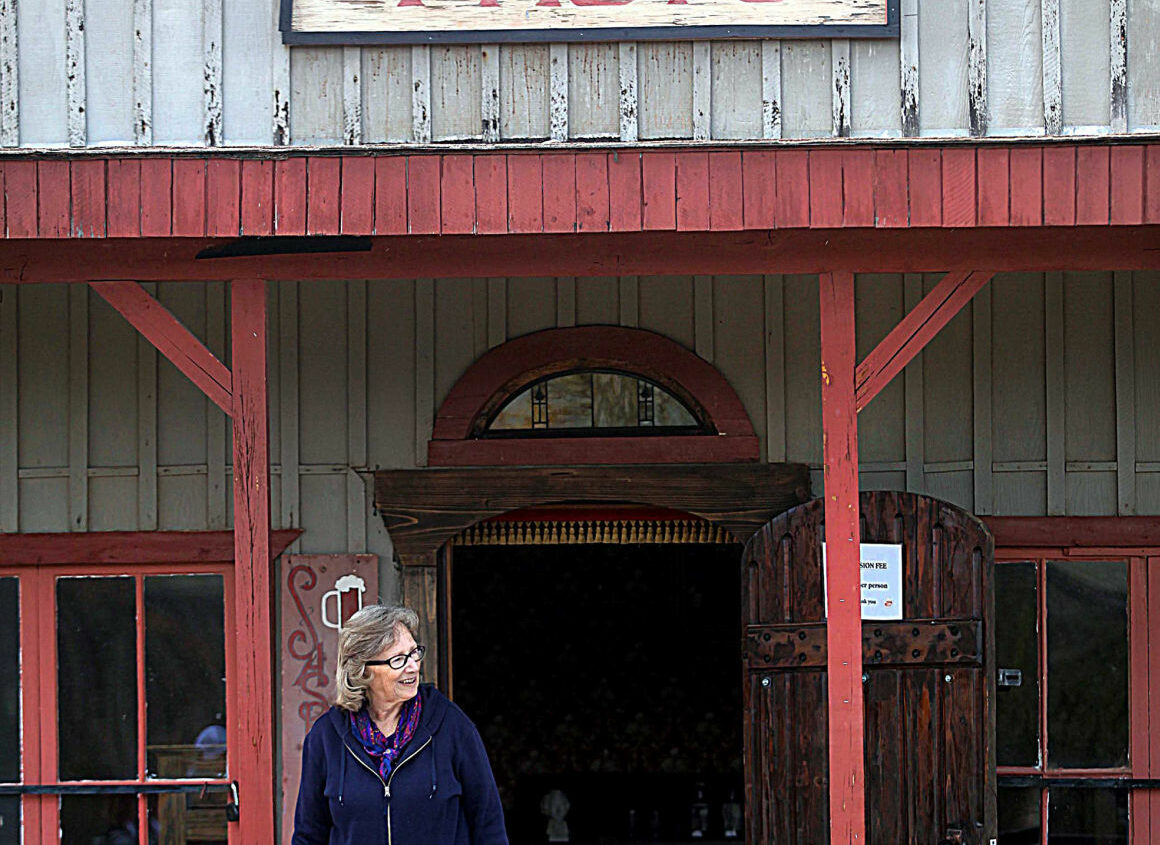 SIERRA VISTA — Nicolas Cage scanned its horizon with binoculars and a gun in his glove compartment. Paul Newman lost a queen-high straight to a flush here. And John Wayne came to shoot two different movies.

Cochise County has a long history as the backdrop for the big and small screen alike.

“Arizona has always been a popular location overall for filming, second only to California, I’d say, and maybe not even second,” said Lili DeBarbieri, author of the 2014 book “Location Filming in Arizona: The Silver Screen Legacy of the Grand Canyon State.”

“Cochise County is a very beautiful place with loads of charisma in general, and the majestic grassland vistas in particular, spectacular mountains, can be all found in this diverse county as the perfect backdrop for Westerns and more,” she continued.

Cage’s 1993 film noir “Red Rock West” used Willcox as its setting. Mescal, on the Cochise-Pima county line, has long been a popular spot for films like Newman’s 1972 western “The Life and Times of Judge Roy Bean” or later works “Silverado,” “Tombstone” and “Wyatt Earp.”

“I’d like to see Bisbee used a lot more,” said Tim Flood, Tucson-based location scout and location manager. “I’m in discussions with some guys to do a shoot at the Lavender Pit.”

Just last month, Flood worked on a shoot for a commercial in Willcox Playa, the same site where he had previously shot part of Bear Grylls’ reality series “Man vs. Wild.” The dry lake bed has gotten lots of attention, most recently by producers for the upcoming “Transformers 5,” which is slated for a 2017 release. But the planned pyrotechnics were a bit too ambitious for the spot, Flood said, and production shifted instead to northern Arizona.

Producers in general have many things on their wish list when looking at Cochise County.

“It could be anything. A small-town look; it could be nature, like the Chiricahuas or the Dragoons or Texas Canyon. I just did a still-photo shoot in Texas Canyon at the 4Y Ranch. That’s a great look, those boulders,” Flood said. “They’re looking for the Southwest look.”

Or a pre-built Old West town. Gammons Gulch Movie Set and Museum, about 12 miles north of Benson, has that covered. Owners Jay and Joanne Gammons opened up in 1994 with a designed town that mixes the 1880s with a 1930s side street, along with a collection of antiques and old cars.

Gammons Gulch has been the site for nearly 45 movie productions and just finished hosting a shoot for a film called “Aurora.” This month, an English movie production will arrive on the set for a four-day shoot.

“It’s a little town. Not very big, around 10 acres. But we are authentic,” said Joanne Gammons, who said they get about 15 inquiries a year for potential shooting. “Eighty percent of all our content are real antiques, not phony. That’s why we’re considered a museum. The buildings are reconstructed from actual buildings. Our Town Hall is actually a flour mill from Safford, Arizona, from 1880.”

Although filming remains a regular part of Cochise County’s landscape, movie production opportunities have slowed down across the state. In 2010, tax incentives that Arizona offered movie studios to shoot in the state expired. Some 41 states feature filming tax incentives, but Arizona doesn’t, and the industry has noticed.

“Other than maybe a little portion of a Hollywood feature, we don’t get much of the Hollywood action anymore. It’s mostly independent films, television shows, reality shows, documentaries, border documentaries,” Flood said.

Vancouver was the hot place to go in the late 1990s before the United States caught on to the tax incentives. New Mexico, as a result, got “The Avengers,” “Lone Ranger” and “Breaking Bad.” Even movies that are set in Phoenix, for instance, are being shot outside the state.

“Arizona has enjoyed a long history of hosting productions, but that stopped a few years ago. Starting with the first Western in Tucson in the early 1910s to the reality shows shot recently on location, the state of Arizona has welcomed all for filmmaking, but that has largely dried up,” DeBarbieri said. “There is a project in the works by (the) GoDaddy founder to build a state-of-the-art studio in Phoenix, but it most likely won’t be able to compete with other locations if the tax incentives aren’t in place.”

Arizona’s southern landscapes keep busy these days, though, with indie productions that typically get little distribution.

Some recent productions moviegoers may have missed that were shot on location in Cochise County include “Hot Bath an’ a Stiff Drink” (2014), a western filmed in Mescal; “Ingenious” (2009); and “Goats,” a 2012 comedy-drama starring David Duchovny.

“I always like shooting in Cochise County,” Flood said. “There’s a lot of good vistas and nature, and there’s adequate places to stay in Bisbee or Douglas, also in Willcox.”

Some locations in Cochise County have another unintended benefit, at least at Gammons Gulch. The authenticity of its remoteness usually means little to no cell phone coverage, which doesn’t impact production in the way one might think.

“They can get their work done,” Gammons said.