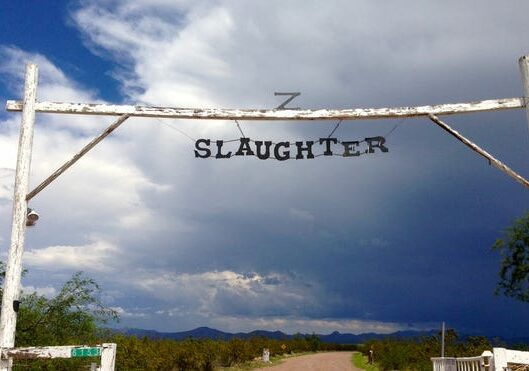 Roger Naylor | Special for The Republic

Ancient stories are spread all across the Arizona landscape. The chapters date back hundreds, even thousands, of years. It makes time travel a relatively easy proposition for history lovers. Peek into the past, and discover some surprising secrets along the way, when you visit Arizona historic places.

With such a rich legacy, the options are almost endless. You don’t have to travel far to uncover some remarkable connections to the past. But where’s the fun in staying so close to home?

Take a road trip and enjoy some scenery along the way when you travel to these Arizona historic sites.

Although Cochise County has been populated with some tough customers — folks named Earp, Clanton, Cochise and Geronimo — the hardiest lot were here 13,000 years earlier.

The Clovis culture lived at the end of the last Ice Age and survived by hunting big game like mammoths, saber-tooth cats and bison using nothing but sticks with stone spear points. Archaeologists named the cultural group after the town of Clovis, New Mexico, where their distinctive stone tools were first reported in 1932.

Excavations at both have uncovered tools, bones and fire hearths, which have proven crucial to radiocarbon dating. A ⅓-mile loop trail at Murray Springs offers exhibits on life at the end of the last glacial period and — spoiler alert — it’s slightly different than what’s portrayed in the animated Ice Age movies.

To reach Murray Springs, travel east from Sierra Vista on State Route 90. After 4 miles, turn left (north) on Moson Road and go 1.1 miles to the entrance road on the right.

In 1886, John Slaughter was elected Cochise County sheriff. He served two terms and was credited more than anyone else with cleaning up the Arizona Territory.

His method of keeping the peace was simple. He politely warned ne’er-do-wells to leave town. They didn’t get a second warning. He proved fearless in any kind of shootout and relentless when tracking outlaws.

After hanging up his badge, he retired to his ranch east of Douglas. Slaughter Ranch sits amid the rolling hills astride the Mexican border. Its 300 acres are the remains of a cattle empire that once spanned more than 100,000 acres.

The property now serves as a living museum. Everything has been restored to a late 19th-century appearance. The adobe ranch house has been carefully refurbished, along with numerous outbuildings. A white picket fence frames the wide lawn, gnarled trees drape the spring-fed pond that Slaughter dug, and livestock graze the meadows.

Slaughter Ranch was declared a National Historic Landmark in 1964. From Douglas, travel east on 15th Street, which turns into Geronimo Trail. Continue for 14 miles to a signed turnoff with a white gate topped with a “Z.” Much of the road is graded dirt suitable for all vehicles.

Near the confluence of the Colorado and Paria rivers, a break in the relentless line of cliffs provides virtually the only crossing point along hundreds of miles of the Colorado River. Mormon leaders established a ferry at this remote outpost to offer transportation to pioneers traveling south from Utah into the Arizona territory.

John D. Lee was the first ferryman, settling here with some of his wives in 1872. For decades, people and animals were transported across the volatile river in small boats. Today, Lees Ferry is the put-in spot for Grand Canyon rafting trips. Yet few visitors bother to explore the grounds, which include the Lonely Dell Ranch.

Sitting near the mouth of the Paria River, the ranch was originally homesteaded by Lee and later occupied by all families that operated the ferry. To survive in this wilderness they needed to be self-sufficient and grow food for themselves and their animals. Extensive irrigation systems gave the barren desert a makeover, creating this unexpected oasis.

Tucked away at the base of sun-blasted cliffs, big shade trees provide a lavish canopy for the stone ranch house and log cabins. Orchards and the remnants of an expansive garden spread across the bottomland. The pastoral scene is so vivid it only lacks a couple of guys whittling on the porch to be a Norman Rockwell painting.

Lees Ferry is part of Glen Canyon National Recreation Area. The entrance fee is $30, good for seven days, and you cay pay it at the kiosk on the road leading to the ferry.

Rising abruptly from shaggy grasslands in southeastern Arizona, the Dragoon Mountains are a collection of sharp-slanted cliffs and tumbled boulders. The scenery alone is worth a visit, but history adds a rich spice to the outing.

The Dragoons once served as a stronghold for Cochise and his band of Chiricahua Apaches. Council Rocks is on the western flank of the mountains and is believed to be the site where Cochise signed the Broken Arrow peace treaty in 1872.

Start on Middlemarch Road, off State Route 80 a mile north of Tombstone. Follow this wide gravel road, which once served as a supply route between Fort Bowie and Fort Huachuca, for 10 miles and turn north on Forest Road 687.

As you parallel the mountains on this rutted dirt track, you’ll see what made the Dragoons such a perfect shelter for the Apaches. The slopes jut upward in a snarl of rocky chaos. Granite spires, sheer cliffs and slashing chasms create both maze and fortress.

Turn east onto FR 687K, which leads to the Council Rocks parking area. A short, steep trail clambers into a cluster of house-size boulders and shallow caves. Evidence of fire pits and metates, where corn was ground, are visible. Dozens of pictographs adorn boulders and overhangs. A high-clearance vehicle is recommended for this scenic drive.

After signing the Broken Arrow treaty with Gen. Oliver Howard, Cochise lived out his days in peace. He died of natural causes and was buried in the rocks of the Dragoons. Only his people and his friend, Tom Jeffords, who had been at the signing, knew the location of his final resting place.

Founded in 1863, Chloride is considered the oldest continuously inhabited mining town in Arizona. Both the Butterfield Stage and the Santa Fe Railroad came through town during its heyday when 75 mines operated and the population boomed to 5,000. But the mines faltered and by the 1940s Chloride had turned into a virtual ghost town, with only a few residents remaining.

While not exactly thriving today, Chloride still hangs in there. The cluster of weathered buildings huddles near the base of the Cerbat Mountains north of Kingman. A couple of restaurants, a small inn and a smattering of shops comprise the commercial district. Gunfights break out on the first and third Saturdays at high noon on the street of a re-created Old West town. The entertaining skits are family-friendly and often pull visitors into the action.

Chloride may be best known for its funky creative energy. Just about every yard is filled with folk art, from bottle trees to lanky metal sculptures to giant caterpillars created from bowling balls. It makes a nice prelude for the big show outside of town. In 1966, acclaimed artist Roy Purcell painted a colorful mural across 2,000 square feet of mountainside boulders.